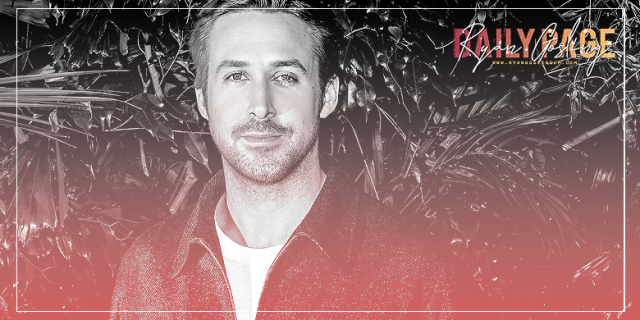 Dead Man’s Bones is a rock duo consisting of Ryan Gosling and his friend Zach Shields. In 2005 Ryas was in a relationship with actress Rachel McAdams and in that period he met Zach Shields who was in love with Rachel’ sister Katherine. Their first album, Dead Man’s Bones, was released on 6 October 2009 through ANTI- Records. The entire album is a collaboration with the Silverlake Conservatory Children’s Choir — started by Red Hot Chili Peppers bassist Flea — from Los Angeles, California. Ryan performed under the alias “Baby Goose”. 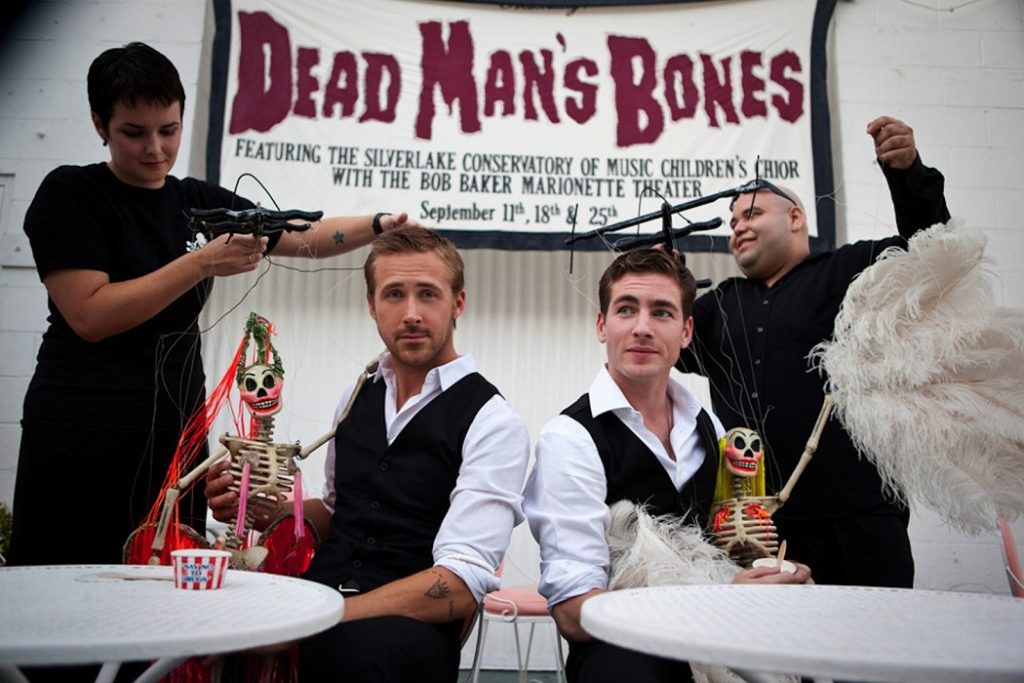 When Shields and Ryan met in 2005 they discovered a mutual obsession with the Haunted Mansion ride at Disneyland. Zach was so preoccupied with ghosts as a kid that he was put into therapy, and Gosling’s parents moved out of his childhood home because they believed it was haunted. Neither of them had really outgrown their fascination with graveyards or anything deathly and decided to write love stories about ghosts and monsters. At the beginning they decided to write love stories about ghosts and monsters to make a movie with this material but then they realized a movie should have been too much expensive for them so they’ve decided to make songs instead.
The pair chose to play all the instruments on the record, even those they had never touched before. They also imposed rules on themselves during the recording process, such as not playing with a click track, and trying to do no more than three takes on any song, letting any imperfections highlight the strengths of the music. On 25 December 2008, Dead Man’s Bones released a music video and free download for their song “In the Room Where You Sleep” and on 4 April 2009, the band released another music video for their song “Name in Stone” on MySpace and YouTube. The self-titled debut album from the band featured members of the Silverlake Conservatory of Music’s children’s choir and was released on 6 October 2009 through ANTI- Records and was produced by Tim Anderson of Ima Robot.
Ryan and Shields also toured around the United States for fall/Halloween 2009 with a local choir and talent show at every show to rave reviews.
Each children’s choir was similar to Silverlake Conservatory Children’s Choir with whom they recorded the album.
In 2010, they released two other music videos for tracks: “Dead Hearts” and “Pa Pa Power”.
In the closing credits of the 2013 French film Age of Panic, the Dead Man’s Bones song “Lose Your Soul” is featured.
The song “In the Room Where You Sleep” was included in the soundtrack of the 2013 film The Conjuring.
Trivia about their debut album: at the beginning  was named “Never Let a Lack of Talent Get You Down” and then it was renamed after the band.